It’s hard to overstate my satisfaction. 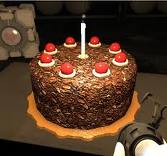 It all started all those years ago with And thus … a blog.  I was really just looking for a place to vent my spleen away from Bookface or Livejournal, and I guess I hoped someone would read it eventually.  And apparently you do!

Since then, I’ve guest–posted at The Standard, helped contribute to and host the Down Under Feminists’ Carnival, and most recently kicked off a badass new collective Kiwi feminist blog, The Stroppery, with some lovely co-angry bitches.

I’ve pissed off Chris Trotter and Deborah Coddington and Ian Wishart, which I hadn’t even realised until it happened was one (three?) of my life goals.

To shamelessly thief an idea from The End is Naenae, the top ten posts at Ideologically Impure over its time have been:

A nice grab-bag of my favourite issues, really.

*Note:  Queen of Thorns rejects the notion that there is an upper limit to gratuitous Portal references. 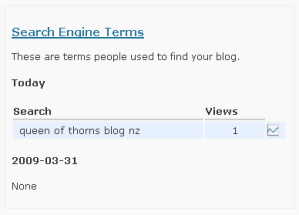 Somebody fetch the smelling salts and the fainting couch stat, I’m doing the total girly-giddy thing over here.

No Right Turn has been doing a bloody good job covering the request of new MP Su’a William Sio to be sworn into Parliament in Samoan – and the surprisingly (to me) vociferous reaction against this in other parts of the blogosphere.

Unless there’s some wacky trait in the Samoan language that means “I, …, swear that I will be faithful and bear true allegiance to Her Majesty, Her heirs and successors, according to law. So help me God.” can’t be accurately translated, which I doubt, I don’t really see a problem.

But then, I did watch a lot of Babylon 5 as a child.

We agree to recognize this singular truth, and this singular rule: that we must be kind to one another, because each voice enriches us and enables us. And each voice lost diminishes us. We are the voice of the universe, the soul of creation, the fire that will light the way to a better future. We are one. We are one.”

Personally, though, I’d go for the Pratchett approach: