Spotted on the Men Against Abortion NZ lolfest (and considered so hilarious and convincing they reposted it): 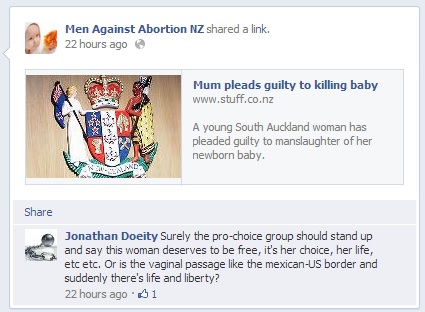 Yes.  That amazing life and liberty experienced by Mexican immigrants, documented or otherwise, who on crossing the border into the US are immediately welcomed with open arms, given all the rights and freedoms of white Americans, and not at all oppressed with racist, punitive legal systems and scary fucking vigilantes.

Or maybe they’re referring to Americans travelling south, and “life and liberty” is antichoice rhyming slang for tequila?

On a more serious note:  gosh, it’s almost like NZ antichoicers have copied-and-pasted rhetoric from US antichoicers.  That won’t end badly at all .